The Key Difference Between Skill and Will. 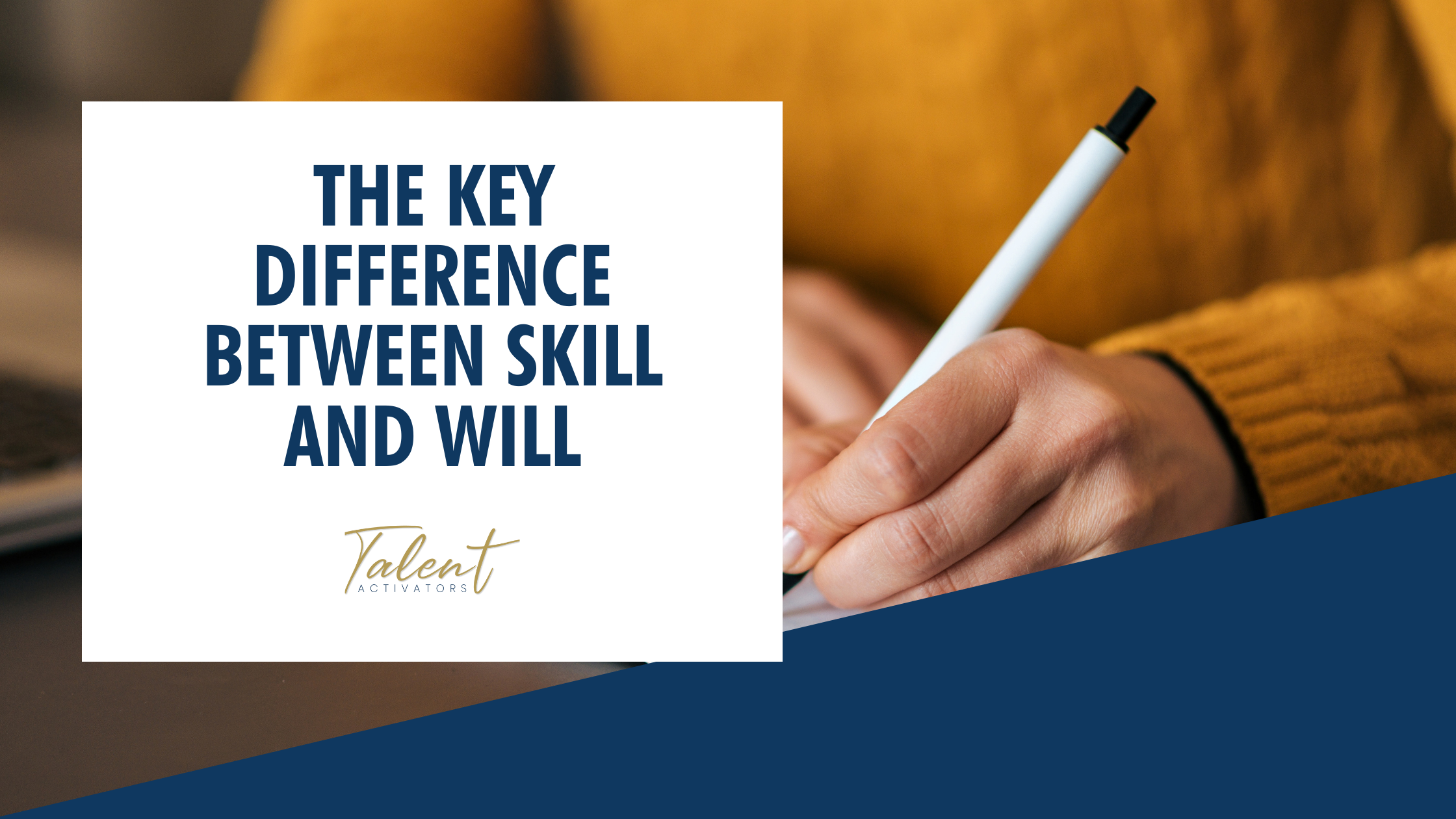 An ocean of difference exists between “I can’t” and “I won’t” even though we use these phrases interchangeably. Think about the last time you or someone you know said something like “I can’t spend another minute in meetings!”

Of course you can—it isn’t as though you don’t have the skill to do so. What you really mean is you don’t want to spend any more time in meetings.

Recently, while describing a challenging situation, the distinction between “can’t” and “won’t” became clear to me.

In that same article, James observes “the words you choose can determine your success.”

I found myself faced with an enviable situation—balancing workload. Happy with my previous efforts, a business partner contacted me about supporting a project. My go-to response is almost always to lead with yes, but this time I hesitated.

While I tried to determine how to balance a short-term consulting subcontracting opportunity with the demands of my growing business, I noticed internal resistance. I realized that my gut was trying to tell me something about the situation, but what? I knew I had the skills and knowledge to do the work and do it well. This wasn’t a skill or knowledge gap. Instead, what bubbled to the surface was concern over how to split my time effectively between my business and this opportunity.

Over my career, I’ve learned to lean into these kinds of gut responses. Instead of ignoring them, I dig deeper, considering why I respond the way I do and what the next right step based on that knowledge is.

Patrick B. McGrath, Ph.D., wrote an entire “Don’t Try Harder, Try Different,” column in Psychology Today considering “Can’t versus Won’t.” “If you truly want to challenge your stress,” McGrath suggests, “you are going to have to stop using the word can’t and start to use the word won’t. Now this means that you have to take ownership for your decisions, which can be difficult.”

My coach suggested this exact mindset shift. As I worked to reframe my thinking, I realized there is a difference not only between “can’t” and “won’t”, but also between saying yes to everything and saying yes to the right things. I learned that by identifying what I’m unwilling to support at this time, I’m exerting agency over the situation. I’m exercising a choice that gives me more power and control over how I spend my time.

And identifying what I’m unwilling to support right now doesn’t close the door on future opportunities. Instead, it demonstrates that I understand the demands of the project and the demands of my own business.

In this case, saying no to one opportunity allows me to say yes to others.

Reframing my thinking and shifting the language I used to describe the resistance and hesitation I felt helped me reassert control over my situation. Once I was able to do that, an amazing opportunity presented itself that was an immediate YES!

Moving forward, if my first reaction is “I can’t”, I plan to take a breath and challenge myself, as Geoffrey James puts it, to recognize whether I lack the skill, or lack the will.

Subscribe to the Talent Activators YouTube channel, where you will have access to even more information and insights. We publish something new each Thursday. I know you’ll enjoy the series that is coming up next. It’s all about the Talent Activators PLANS Method™, and how you can use that to integrate into a new role—whether you’re with an organization or you’re coming in from the outside.

Navigating the twists and turns of a new role all alone can be overwhelming. You’re too close to the situation and may not be able to see the true causes of problems or recognize their solutions. That all changes when you have an expert by your side to show you the way forward, and with my free Career Activation Session, that’s exactly what you’ll get.

If you’re ready to step confidently into your next success, think of me as your tour guide of transitions. Together we’ll navigate the journey.